Must watch Streaming VOD film of the first week of 2020 – CALTIKI: THE IMMORTAL MONSTER!

CALTIKI: THE IMMORTAL MONSTER(1959) – Is another film that has been in and out of my watchlist for sometime and I am just now in 2020, over 60 years after its release, watching this film.

I am watching the complete Italian language print that is on Amazon Prime and I have to say… it is stunning. The first thing that hits you is just how exquisitely it is shot. The very rich Black and white deep focus photograph, makes nearly every frame resplendent with detail and atmosphere, and a certain level of sensuality. The performances come thru, the emotion and body language, and visceral nature all sells.

Some early standouts is the stunning coverage of tribal dancing which here is beautiful and haunting and respectful;, and not the typically farce, minstrel like take of most films of this period. Also notable is the quality of the effects and creature design, helped by the director knowing what not to show, and what to keep in shadow and to the imagination. It is also worth noting this film is one of the earliest examples of found footage horror. Now, not the whole film, but there is a small portion of the film devoted to the protagonist viewing…. a horrific found footage film. So take that CANNIBAL HOLOCAUST and BLAIR WITCH. 🙂 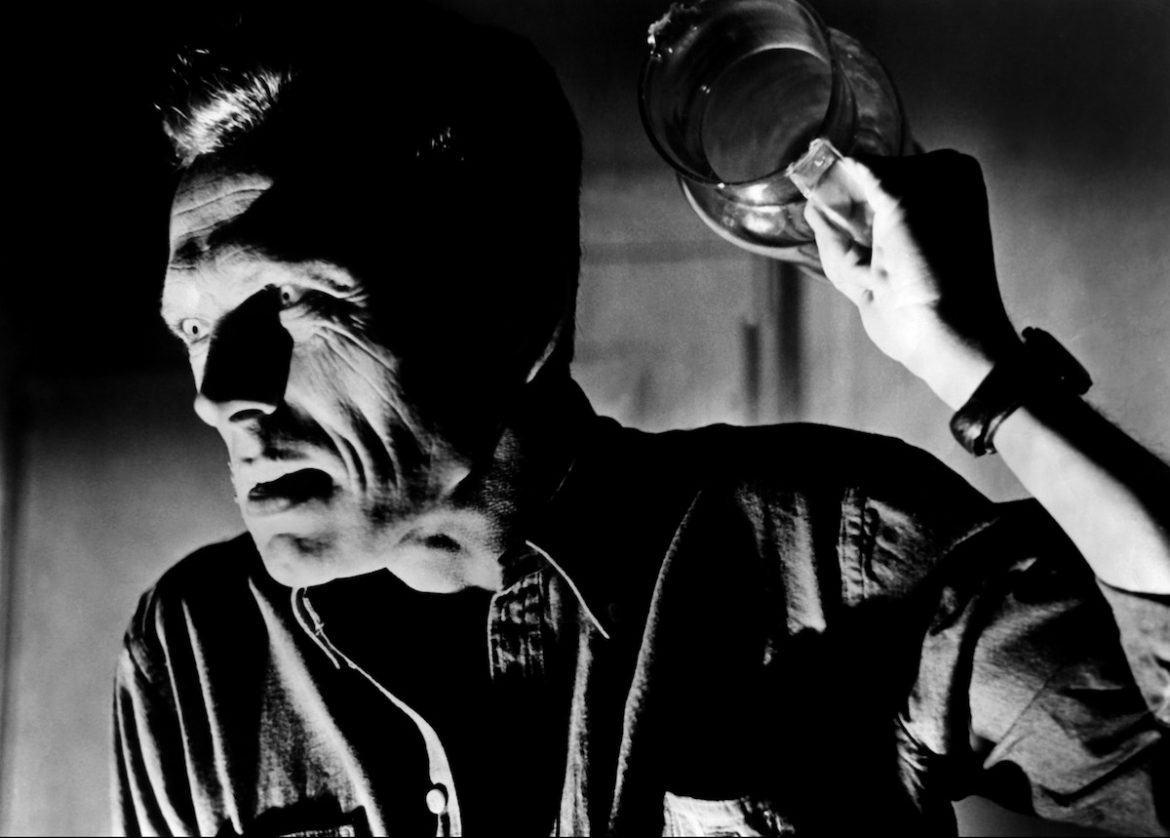 I gave a later film THE DAY OF THE TRIFFIDS a pass for its lackluster effects and creature design, which only makes CALTIKI that much more impressive, in that in every way it is a vastly more accomplished and striking and effective film, with riveting creature and practical effects. Both films have engaging and innovative story-lines for the time, but visually there is no comparison. CALTIKI looks gorgeous by any standards, the work of a master director and a master cinematographer. You can see Mario Bava’s hand in the photography and visual effects (shows one of the best examples of Bava’s genius in seamlessly integrating live photography with matte paintings), making this look magnificent on a minuscule B-movie budget. Very few films made today look as striking; and I doubt very few films made today will be as compelling to audiences, 60 years from now.

While made a year after the ‘one year earlier’ Steve McQueen hit, THE BLOB; I have to say CALTIKI by far is the richer story and the more sumptuous beautiful and grandiose film.

View the film for free courtesy of Amazon Prime.

And when as impressed and completely gobsmacked as i am, purchase the item here!