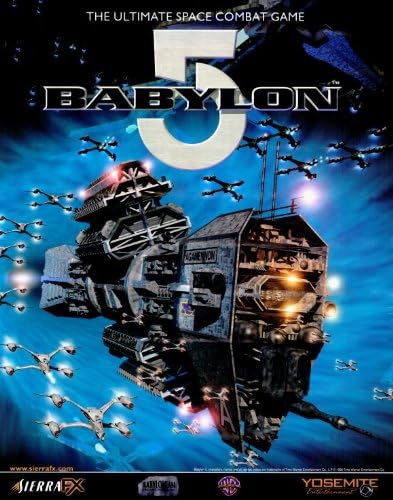 I am re-watching Michael Straczynski’s seminal BABYLON 5, after a lapse of probably 2 decades, and by the time you hit Season 3 Episode 10 Severed Dreams, and have sat thru the awkward first season, and rough effects (at the time innovative, but now quaintly dated, yet oddly still beautiful) it is clear… this show is what Straczynski intended. The first Novel for Television.

Whereas THE HONEYMOONERS forged the concept of the Sitcom for television, And DRAGNET (following in its Radio Roots) would define the form of episodic tv for decades to come, BABYLON 5 is very much the jumping off point for long form storytelling in television.

Prior to Babylon 5, in television largely the characters, kept showing up week after week and telling the story for that week, with no real vast growth or change for that character from first episode to last.

Whether BONANZA or THE FUGITIVE or “insert series here”, it may have 2 or 3 part episode, but largely there was no overarching theme or arc for the season or the series.

It was episodic television, monster or crime or issue of the week.

And then enter Michael Straczynski and his idea, of going one step further than STAR TREK’s aborted idea of a 5 Year mission, and try a multiyear story, with a beginning, middle, and end. Where there were stakes, And characters would have arcs, and change. 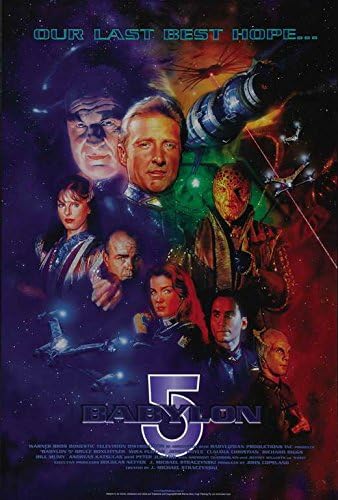 An experiment in television, in an age of ‘done and one’ TV.

Despite the meddling of the Networks, the lowball budgets, the always under threat of cancellation seasons, Michael Straczynski’s BABYLON 5 was then, and remains now, one of the best written shows. A grand saga, writ large. With tragedies and triumphs and growth and betrayal and change… and hope.

And that BABYLON 5 is as good and as coherent as it is, despite the constant meddling and threat of cancellation it endured every year of its existence (which forced writer, cast and crew to always have to gear every season like it was their last, the last couple of seasons clearly suffering because of the the blade that was always over the show’s neck); you have to put it down to Michael Straczynski’s passion and his writing and his fighting for it.

And a team of people around him, from actors to directors to makeup artists to set and wardrobe designers to consultants (the late great Harlan Ellison) all championing this unheard of dream, of a novel for television.

So no, not LOST, not SOPRANOS, not THE WIRE, not GAME OF THRONES, not BREAKING BAD, not BATTLESTAR GALACTICA… though all those shows with their continuing story structure owe a debt of gratitude to BABYLON 5 (which paved the way for TV, to break out of its episode of the week, short form storytelling mode) … none of those shows are TV at its most influential.

TV at its most innovate and influential (post Star Trek the Original Series)… Well that mantle remains 30 years later, still… BABYLON 5; which dragging and screaming, changed the face and scope of what television could be.

You don’t get any of those shows, without Straczynski, actually showing that long form narrative could be done on television.

So if you have never watched BABYLON 5, or have not watched it in a long time, all 5 seasons are available courtesy of Amazon Prime.

Give it a look, the first season is admittedly rough, stick with it. It takes off by the 2nd season and never looks back. And by the 3rd season, it is a hands down masterpiece.

And honestly, it is the type of series that deserves to be owned in physical media, that you do not want to trust to the vagaries of Streaming licenses. It is a series, like HOMICIDE, like GRIMM, like MUSKETEERS, that deserves to always be at your fingertips and available for viewing.

It unfortunately does not yet have a Bluray option, but you can get the complete series on DVD at the link below:

BABYLON 5: THE COMPLETE SERIES WITH MOVIES