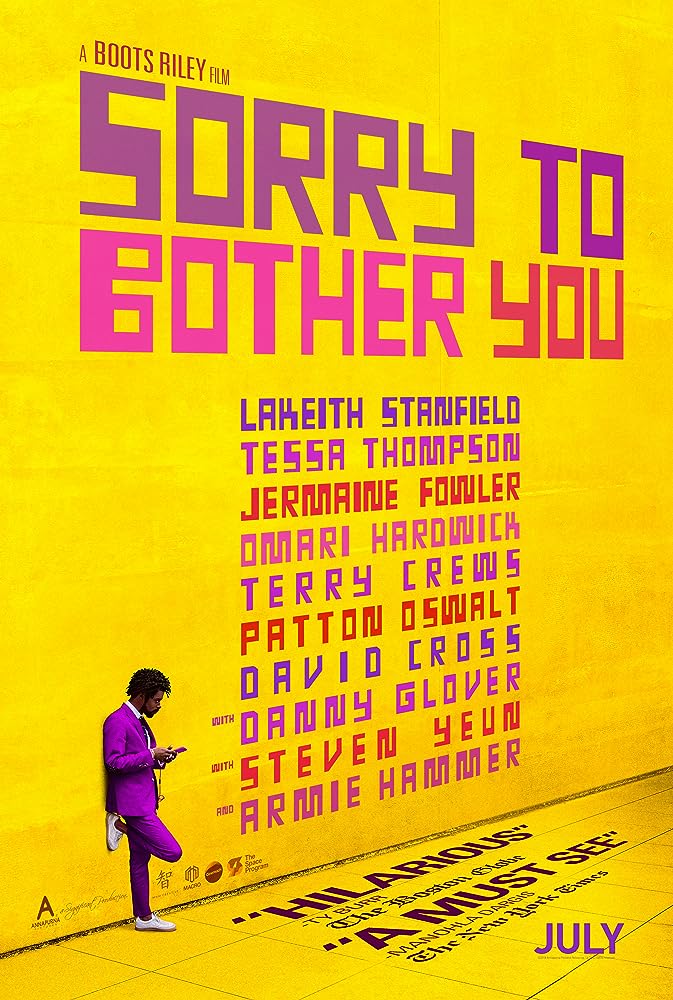 These are names you should remember.

They are Writer/Directors to seek out.

You know for the most part when we go to one of these Blockbuster films in the theater, whether AVENGERS ENDGAME or the latest MISSION IMPOSSIBLE or JAMES BOND , we know what we are going to get. If not the particulars, we know the formula, the genre, the broad beats of hero and villain and threat to resolve.

You are in for a ride, that is unfathomable and twisting, and both harrowing and transformative.

These are arguably not films that do well in the theatrical setting, for the simple fact they do not cater to expectations, they live in the unfamiliar places. And can arguably leave us… thoughtful and conflicted about what we see.

And audiences these days like to leave the theater, with easy assumptions reinforced, rather than challenged.

Both films feature amazing performances. Lakeith Stanfield of SORRY TO BOTHER YOU, and coming off a show stealing performance in ATLANTA is quickly becoming one of the best young Actors working. And Eva Melander, an actress unknown to me, is nothing short of award material in BORDER.

Both are must own films on DVD/Blu-Ray. In the age of streaming, these are the type of films you do not trust to the ephemeral nature of streaming. You can try before you buy by viewing both movies courtesy of HULU. and once you do, you’ll want to add these films to your collection.

I consider them both, cinematic gems, that will only grow with subsequent viewings.

Get your copies here: