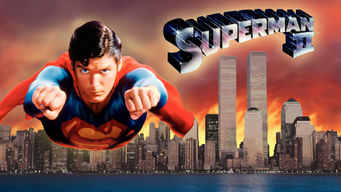 Okay maybe that’s a bit harsh (no it is not) but while there are pieces of the so-called Donner Cut that would be nice added into the theatrical cut, most notably the Marlon Brando scenes in the fortress of Solitude are essential, and the extended scenes with Luthor and Ms. Teschmacher are just a lot of fun (I strongly recommend getting the DVDs of both and cutting those scenes into the Theatrical cut to create something I call the improved cut. It will wow you).

as a whole the theatrical cut of SUPERMAN II is vastly superior and more satisfying then the Donner cut. Full stop.

The opening is vastly superior in the theatrical cut, as is the reason for Zod’s escape from the phantom zone. And the ending of the Donner cut, SUPERMAN turning back time again, is just lazy and stupid, from a creative level, and makes the memory wiping kiss in the theatrical version look like a stroke of genius.

And yes the theatrical version takes liberties with Superman’s powers, force beams, mirage powers, using the shield on his suit as a net, but I never had a problem with these scenes… because they were fun. And really, in for a penny… in for a pound, once you sign off on heat vision and cold breath, then mirage powers, and force blasts, and memory wiping… seems like just enjoying the ride.

Both versions skate over the final reckoning of the defeated villains, so neither version is perfect, but of the two the theatrical version is head and shoulders better. In my opinion Donner wanting to end the 2nd movie with the same unsatisfying gimmick he ended the first film with, like I said, is just lazy writing and unimaginative thinking. I could clearly see based on that, why the studios replaced him.