COLD BLOODED (2013) – I had never even heard of this film till stumbling across it on Amazon Prime Streaming, and the description and the Poster Art did not fill me with confidence. So imagine my surprise when this turns out to be not just a good movie, but a great one. 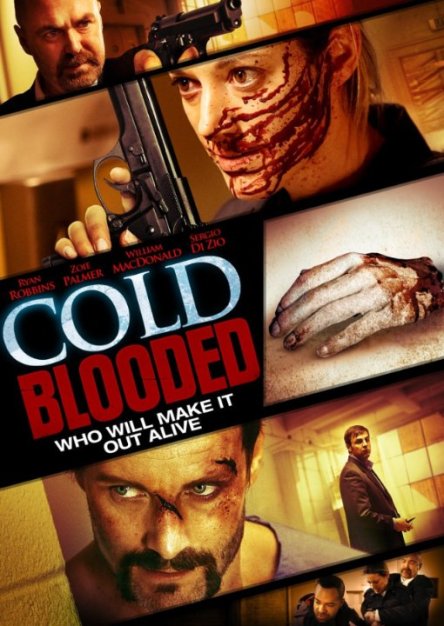 There is a very 80s vibe to the film, initially, like it is a throwback or a lost film from the age of SNL in its prime, or the original DIE HARD. But this film is grounded in a more realistic approach than John McClain’s quipping Superman, Zoie Palmer’s quietly and beautifully performed Frances, just a low on the totem pole rookie cop, that finds herself guarding a jewel thief and suspected murderer.

And from these humble beginnings the film goes places and to degrees I did not expect.

All in all an impressive effort by cast, crew and director Jason Lapeyre. Grade: Strongly Recommended!