“Try your best in life, to keep your promise to God; and give God time enough to keep His promise to you.” Bobby Hackney, quoting his Dad 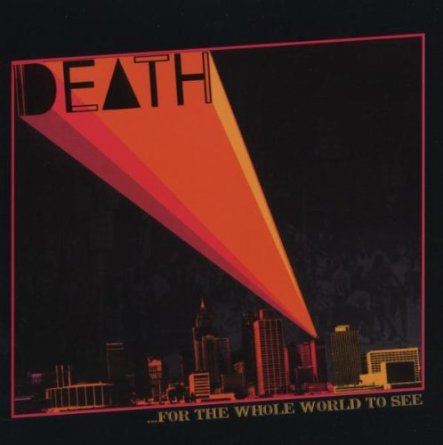 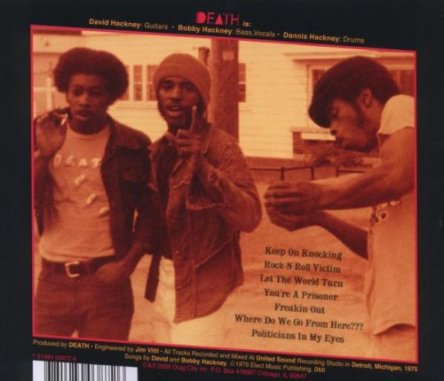 I am that most horrible of things. I am a collector and a romantic, and those two things together tend to make me… sentimental about certain things.

Those two things tend to make me extremely emotional about certain things.

And I try to avoid things that will make me either emotional or sentimental. But sometimes that’s not for you to say. Sometimes there comes along something worthy of both sentimentality and emotion.

The documentary A BAND CALLED DEATH is one of those things. The phrase ‘truth is stranger than fiction’ is oft heard, but little acknowledged; you’ll acknowledge it in the watching of this film, about three Black Brothers in a thriving early 70s Detroit, creating a hyper brand of rock, a punk music, years before punk; and the winding road that winding music… takes them on.

Just a brilliant, wrenching film, the feature film debut of Mark Christopher Covino and Jeff Howlett makes you want to scream, and create, and believe in family and generations, and believe in being a better man… and that confluence of feelings, is a rare and rarefied thing. A gift.

A highly recommended documentary, viewable free via streaming, that will spur you for posterity and for joy… to buy not just the documentary, but the cds associated with it.

For the Whole World to See – Here is the long awaited CD/Album referenced in the documentary. Here music that was almost lost for all time, but for a man’s faith… that the world would come

Maximum Soul Power – And here the next generation, inspired and building upon what came before

Just riveting all around. Click the links, and for little, own much.