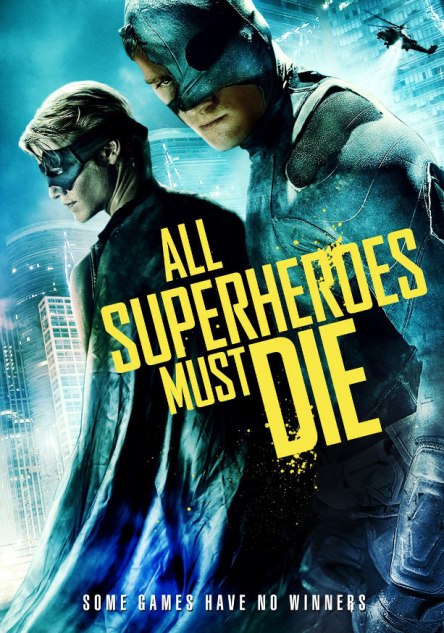 Update: This was originally a 2011 shoestring film entitled VS, released on the After-Dark film circuit. A totally ignored film, and possibly justifiably so, it looks like it is getting a rename, and a new marketing push for a 2013 DVD release.

The premise of ALL SUPERHEROES MUST DIE sounds like a mashup of a bad SAW sequel and a really bad FOX super-hero movie. Which could have merit if done well, but figure the odds of that.:)

However I’m more than willing to be proven wrong. HANCOCK going by the trailers and premise looked awful, and turned out to actually be a very good flick with a great ending. It would be nice if this movie was more than a straight to VOD disaster.