An Audio Book when done well, by a great reader, can enhance a good story, or make finish-able an underwhelming story. When done poorly, an audio book can take away from a good story.

All of my reviews are of unabridged readings (the full book is read, nothing is cut out) unless otherwise stated. Okay onto the reviews: 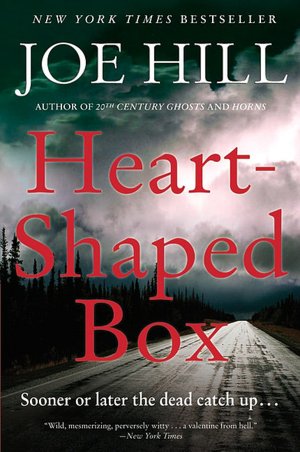 HEART-SHAPED BOX- Stephen Lang of MANHUNTER, TOMBSTONE and AVATAR fame is one of my favorite character/bit actors, so his name as much as anything else spurred me to give this book a try. And he is a fantastic reader, and this Joe Hill novel starts off strong and interesting but by disk two, with the protagonist going in and out of reality, just gets plodding and annoying and uninteresting. The whole dream sequence plot, completely loses me, and even Stephen Lang can’t salvage it. The dialog circles itself into tedium, over explaining things into the ground. By the time the same anecdote was retold for the third time, somewhere around disk five, I was done with the book. You get the impression early on, that this is a short story/novella, that the writer is desperately trying to pad out to novel length. A common failing of some other horror writers, padding a story till it feels like they’ll never get to the point. This however emphasizes the strength of a good reader, I’ll listen to a good actor finish a lackluster story, that I would have long ago stopped reading (grown bored of) in book form. All in all great read by Stephen Lang (B+), and at times well written, particularly the beginning, but unfortunately overlong and plodding story by Joe Hill (D).

2OTH CENTURY GHOSTS- This audio book of Joe Hill’s Short story collection, read by David Ledoux is an example of how a poor reading can torpedo an otherwise interesting book. The slightly nasally sounding reading, seems rushed, and lacks any gravitas in the voice, and generally wears out its welcome quickly. Had to stop listening, that’s how problematic I found the reading, on the wrong side of annoying. D-. So avoid the audio book for this one and pickup the book instead, because the short story collection (avoid the over descriptive introduction) itself I quite like, and succeeds where I felt Joe Hill’s HEART-SHAPED BOX failed. Joe Hill is an elegant writer, and here in the short story format he can show off his subtle, understated, beautifully worded tales.

CREEPERS- David Morrell has had a long and surprisingly successful career as a writer of thrillers, and more, for his work being often and well adapted into a variety of mediums, from television to films. CREEPERS is a very cinematic read, wonderfully read by Patrick Lawlor, that you can perceive making a very good film. While some of the twist and turns are relatively well telegraphed to any fan of thrillers, the buildup is riveting. I do find the final act a bit cliche ridden, but that excused it moves at a fast clip, very well paced and keeps you turning pages, or in audio book terms, plopping in CDs. Grade: B+.