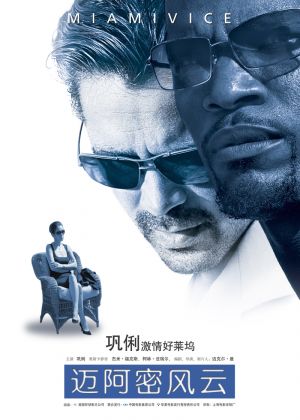 MIAMI VICE THE MOVIE: THE DIRECTORS EDITION is quintessential Miami Vice. It’s everything that’s great about that mad 5 year show, that dream of Balmy Days and blood warmed nights… distilled. And to think in 2006 it received a dismal 44% rating from critics of the day (even judging just on the theatrical cut) says a lot about the sad state of critics.

The film is everything a big screen adaptation of MIAMI VICE should be. It’s a love letter to a place, it’s romance writ large. And for anyone to go into a MIAMI VICE film and complain about too much romance, or sensuality, or sentimentality is for people to be completely bereft of such necessary things in themselves. And yes it’s moody, and layered, and languid, like hot days and hotter nights.. and purposely so, it is paced for you to enjoy the view. Which is something too few of us do in this life… with anything.

And for all its languidness there’s not a wasted frame. Michael Mann coming home with this film, and showing he has lost nothing of his considerable directorial skill, and indeed has added new tricks to his bag.

All those are to the good. And the entire cast does a great job reinterpreting iconic television roles and putting their own spin on it, successfully I think. Jamie Foxx and Colin Farrell and Gong Li and Naomie Harris to name a few of this stellar ensemble cast. Particularly apt is the romance, the counterpoint of the two relationships, as these men who spend so much time with lies, struggle to keep something real. 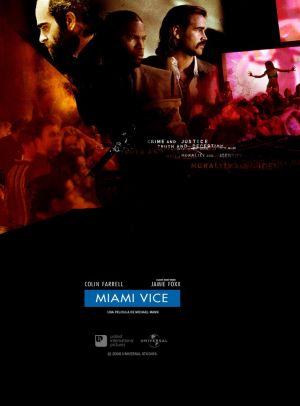 It’s a great film, which is no surprise coming from Michael Mann, a filmmaker who consistently has created great films. An Actors’ Director, who understands giving actors that Authenticity in order to create (check the featurette to see the gun range preparation all the actors went through— Amazing!).

MIAMI VICE: THE DIRECTORS EDITION is in summation a consummately sumptuous, beautiful and frenetic film, crafted by one of the great directors of our time. My contention? When you put Michael Mann’s body of work in perspective… it will stand the test of time with the best of this still young, century old medium, called film. 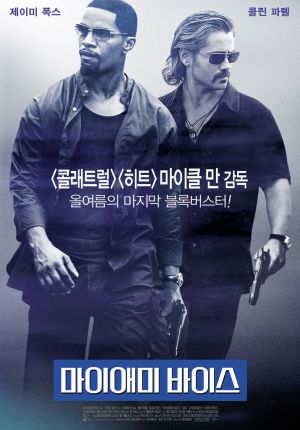 Mann is not just a director, he’s a dissector and a biographer, a stylish one to be sure, of our age; And that is clearly seen in just how mesmerizing his director commentaries, and any special features are on his DVDs. If I’m an actor, Michael Mann is the director I want to work for.

And for film fans, he remains a director to watch and be inspired by.

Pick up MIAMI VICE both the series and the movie here: