Well I’ve seen quite a few of the trailers for upcoming high profile movies, and I have to admit to being underwhelmed by most of them.

Let’s start with AMAZING SPIDERMAN. I’m not really sold in the little I’ve seen on this new Peter Parker, and the trailer while it goes for a different take on the well known origin, seems a little more Dawson’s Creek than Spideman. It’s only a trailer, but if the point of a trailer is to get you excited about a film… it fails. Early prediction…. I think this new film will compare unfavorably to the Raimi films. 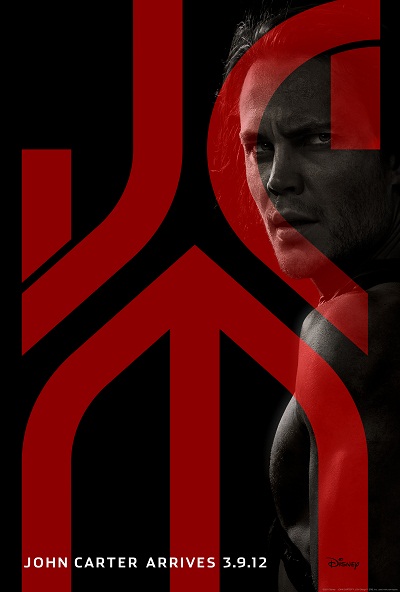 Next, JOHN CARTER. Hard to say by the trailer anything definitive. It’s there is the best I can drum up for it. Action looks good, but the lead looks a bit nondescript, a face that leaves no impression, or personality, when you see him on screen. A problem with a lot of these new actors, they might as well be computer generated for all the personality and presence they offer.

A little harsh just going by a trailer, but hey the trailer is supposed to let your movie and star shine, and if fails… you call it a failure. However, What really gets my notice is the title, or more correctly the incomplete title.

You have one of the most iconic pulp titles in JOHN CARTER OF MARS and you truncate that to the neutered and boring JOHN CARTER?? Why? Yet more proof marketing people are idiots!!!

SHERLOCK HOLMES- I can’t be bothered to remember the whole title, but suffice to say I have faith in Guy Ritchie’s ability as a director, and thought the first HOLMES movie was okay, but nothing more than that. That said this trailer for the sequel, I found… uninteresting. Some nice photography but the trailer itself had no direction, was a bit aimless and boring. Not good.

The DARK KNIGHT RISES trailer/teaser doesn’t offer a lot of course, but what it does offer should excite. It doesn’t. What is it with Nolan and having unintelligible dialog? That’s not cool. That’s not “real”. It is just sloppy and annoying. All three of the Batman movies half the time someone is unintelligible, be it Batman’s idiotic bat growl, or Oldman’s whispering into his neck.

It is the job of the Director to make sure whatever quirks the actor goes through, it doesn’t get in the way of telling a coherent and intelligible story. So for goodness sake have them speak up or hire a better sound guy to pickup and cleanup what they are saying! Nolan’s penchant for unintelligible dialog aside, nothing else from this trailer stood out. I haven’t drunk the koolaid on Nolan or his films (see my previous reviews), and this trailer for DARK KNIGHT RISES gives me no cause to think that’s going to change. Though I would love to be proven wrong.

SPIDERHOLE is a trailer about a bunch of squatters, breaking into definitely the wrong house. I was quite with the trailer when it had a haunted house aspect, but as soon as it went for the sadistic, slasher/torture aspect it lost me.

My thing is, I’m really not interested in movies about humans being vile to humans. Give me a good werewolf, or haunted house movie any-day. I have this crazy idea that the family of man, needs to be in this wacky thing called life together. And I would rather conflict be toward some goal or toward some ends, beyond just some nutter wanting to cut people up. I just find that an incredibly boring and uninteresting way to spend over an hour of your life watching.

Soderbergh’s latest CONTAGION offers up a well filmed trailer, however it’s a pretty well mined field, and indeed I think Joe Dante’s excellent short THE SCREWFLY SOLUTION does the “end of the world contagion” premise as well as it can be done.

I’m just not sure if there is anything left to dust off in that trope, that Michael Crichton, or any number of creators haven’t already done. And also it has Matt Damon, and I just find him a horribly overused actor; often miscast, and often the least interesting thing on film. He’s in so many movies, that I now find myself having no interest to see movies he’s in.

I just am not a fan of him. I liked the Bourne movies, but not because of him, if that makes sense. He’s a good actor, but he’s not a great actor. I think you have to be a very special actor to command the screen perpetually and people not get tired of you but instead continually clamoring for more of you, ala Harrison Ford or Denzel Washington or George Clooney. And Damon is not one of those actors.

So no interest in CONTAGION.

Cuba Gooding Jr has made something of a mess of a one time top tier film career. With exceptionally questionable film choices he’s now relegated to straight to DVD fare, of typically pretty sub-par and unoriginal quality. Movies in which Cuba plays increasingly less interesting characters. I saw a trailer for THE HIT LIST, another direct to DVD film, it is clearly a rip off of Michael Mann’s COLLATERAL but it has a bit of a twist in it, and actually looks like the first Cuba Gooding Jr role in perhaps decades that I don’t feel embarrassed for him. So if the point of a trailer is to get you interested in seeing a film, this one does its job.

APOLLO 18- The teaser of this looked interesting, but the the trailer doesn’t. It’s clearly Paranormal Activity in space. It’s a DVD rental at best. 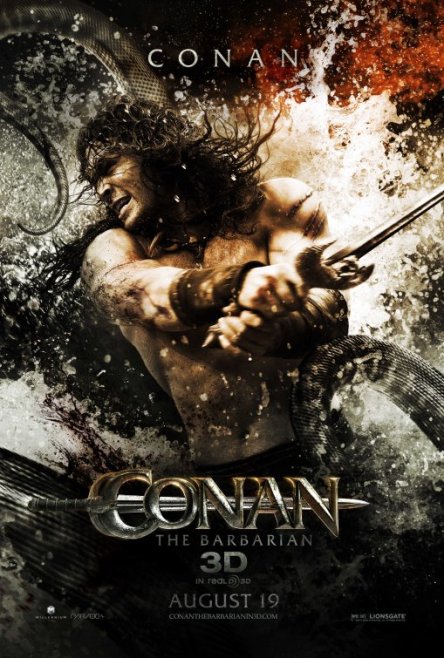 CONAN- Trailer looks great. But I’m afraid it’s going to be a case of great trailer, horrible film, as the director does not have a good movie to his credit. However, as IRON MAN has shown… there is always a first time.

KILLER ELITE- Jason Statham is another actor I find a bit overused, but he at least has more personality/presence than Walberg. Trailer looks okay, decent cast, but nothing that screams to me you need to see this in the theater.

So as of this writing my trailer of the year is MISSION IMPOSSIBLE GHOST PROTOCOL, simply a fantastic trailer. The 2nd one that has me looking forward to it is IMMORTALS, more because of the director than the actual trailer, which is a bit “300ish” light for my tastes.

p.s. And to restate the obvious with me, I hate flash and I hate embedded trailers, and I hate this whole braindead insecure YouTube mentality. Absolutely hate flash trailers/dependent sites. Security risk and resource hog. Give me a nice down-loadable Mov file anytime.