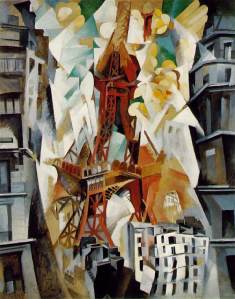 I don’t think Humanity is a birthright, I think it is a goal. And I think most people in this world, most Americans especially, fall short of that goal.

We have this ludicrous idea, particularly in this country which produces only one thing in quantity, mass murderers and television, that adult hood is something we reach in years. That we hit 18 or 21 and suddenly we are adults.

No. To repeat a trite phrase, but hopefully not tritely used here, ‘age is just a number’. Maturity is something else. And I think with just a quick scan of what passes for dialog in this connected age, what passes for conversation, you can see very few people… grow. While they may grow physically, mentally they stop maturing, in ways deep and dangerous they are immature children, with adult responsibilities.

Mayors, Governors, Police Chiefs, Generals, a whole world full of children in the roles of men, but lacking the conscience of men, the humanity of men.

I don’t think Humanity is a birthright, I think it is a goal. And I think most people in this world, most Americans especially, fall short of that goal.

There was a time when people went to the movies to cheer for the hero, to be inspired by heroism. Today people watch movies, or tv, or play video games to watch the other suffer. To play out vicarious games of aggression and an end to responsibility. It’s part of the reason so-called zombie movies are so popular, because subconsciously you have empty, aimless, driftless, purposeless population, that wants and needs and is angry, but is unsure of what they want, and what they need, and what they are angry about.

It’s just an irrational need, irrational hunger you may say, byproduct of an irrational leadership, an irrational age. Caused by at every path, the higher callings of their nature being sabotaged, by a leadership that relies on ruling ignorant, stupid, misinformed, desperate people.

So a rudderless people see in the myth of the ghoul (the proper name for what western cinema incorrectly misnames zombie), this engine of only hunger and no responsibility, something to identify with. To lose the burden and responsibility of higher humanity, of callings of honor and friend and family and duty, and sublimate it all to the joys of abandon and bestiality.

A consumer nation, a capitalist/tyrannical world, taken to its rudderless extreme.

The 50s and 60s, decades of science fiction fanaticsm, of the dreaming of stars, this obsession passed like cholera to every man, woman, and child of the age, and the dreaming culminating in man walking on the moon.

Shared idea space, as progenitor to our physical space. Our facts but late fortifications of our fictions. Heady concepts, but well trod ones.

So what becomes of a culture whose obsessions are death, war, serial killers, cannibalism and the crazed dead? God, whatever God you believe in, being always kind, he gives you what you dream of.

He gives you horror, if that is what you are intent on having.

So many have died aspiring to nobler ends for those who follow them, do not sacrifice all the virtues and the hopes they have bequeathed to you… in pursuit of petty dreams of barbarism. Dream larger. Save yourself, and save us all and… dream Nobler.

Dream of a world where wars may be ended, governments held accountable, forests replenished, aboriginal people saved, and lives bettered. Dream of a better world, and who knows, you may become a better man (or woman)… to build it.